The Chinese third-largest battery producer by size, Guoxuan, unveiled a cobalt-free LFP battery with an energy density of 212 Wh/kg at their 10th National Science and Technology Conference in Hefei. Domestic and foreign representatives from research institutes, the automotive industry, and suppliers attended the event. The event started in 20211 and is the platform for Guoxuans technology advancements and company development.

At their technology conference, Guoxuan Hi-Tech revealed an improvement of their lithium iron phosphate battery cell (LFP) and their packaging efficiency. After the launch of 200 Wh/kg LFP batteries in 2020, the company now sets a new record by achieving 210 Wh/kg on cell-level. Furthermore, the company plans to achieve 260 Wh/kg in 2022. In 2009, the energy density was still only 95 Wh/kg and not competitive to be used in electric cars. 6 years later 140Wh/Kg were reached, and then in 2019 a density of 190Wh/Kg.

The first one is the use of self-developed high-performance LFP cathode material. The company claims that the gram capacity can reach 150mAh/g and the compaction density can reach 2.4g/cc. Secondly, Guoxuan advanced the application of silicon anode material in the lithium iron phosphate chemical system. Lastly, Guxoan realized the industrialization of pre-lithiation technology.

Use of LFP in electric cars

A company representative revealed that the largest shareholder Volkswagen did not accept the technical route of LFP batteries, as they were considered as being low-end a few years ago. Furthermore, the industry did not believe that large improvements in energy density could be achieved, which would not make them attractive to use in passenger cars. But Guoxuan and other battery- and electric vehicle makers like BYD continue to break the ceilings and prove them wrong. Guoxuan plans to supply their batteries in 2023 in China for Volkswagen’s MEB electric vehicle platform.

While Guoxuan did not reveal expected driving ranges for vehicles with their new LFP battery, one can assume that with an energy density of around 200 Wh/kg more than 400 kilometers (249 miles) can be achieved on a single charge.

LFP batteries gained popularity in 2020 over the improvements of the technology and more awareness, certainly also driven by Tesla with CATL, and BYD. Tesla already started shipping their LFP-equipped short-range Model 3 to Europe last year. We believe that it will not take long until we see the batteries in BEV production cars on a larger scale.

BYD as China’s largest EV maker and known battery producer, launched the Han in May 2020 with an LFP-battery. Since launch of the car, the company has sold more than 40,000 units as of today.

It was rumored that Nio is speaking with CATL for the adoption of LFP batteries for a cheap EV. While the CEO of Nio, William Li, confirmed that the company is in talks with relevant parties to adopt LFP batteries, he denied that there are any short term plans.

In this article we want you to learn more about the Li Auto One Battery. Li Auto (Nasdaq:… 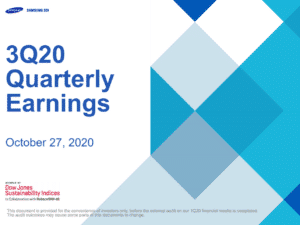 The South Korean battery manufacturer Samsung SDI published its results for Q3 2020 on October 27, 2020. The…